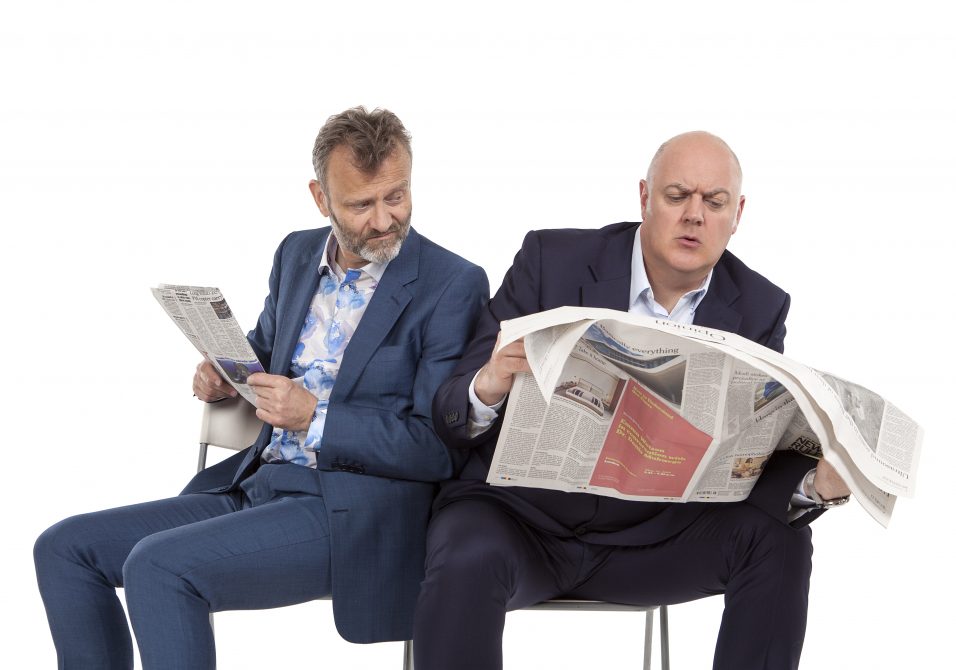 After an exhausting summit with the heads of 27 channels, Mock the Week has agreed to delay its eighteenth series until late May.  As up to four protesters took to the streets of central London and at least five more deluged social media with their views, BBC Two bosses have continued to insist that the first episode has to be ready to broadcast by the deadline or risk going out with no jokes.

Details of the deal being discussed have proved elusive, but a well-placed source insists that there will be no need for an Irish backstop as Dara O Briain continues to host and access to a permanent Hugh Dennis remains non-negotiable.  Further red lines are thought to include unlimited restrictions on the use of Ed Gamble and Ed Byrne, free movement of Angela Barnes, Kerry Godliman, Milton Jones and Tom Allen and continued entry for Rhys James, Ellie Taylor and Rachel Parris under WTO rules.

I caught up with a source close to the show at a naked sit down protest on Regent Street last week and he was quick to allay fears about the process: “I am hugely excited about what lies ahead.  Changes to supply chains mean we will be able to enjoy a host of fabulous new names such as Sindhu Vee, Olga Koch, Sophie Duker and Paul Chowdhry but we have also taken the precaution of stockpiling Larry Dean, Glenn Moore, Tiff Stevenson and Nish Kumar to ensure a smooth transition towards our 200th episode later this year.”

The threat of a general election and the possibility of a new Prime Minister could make this year’s Mock the Week one of the most eventful since the show began back in 2005 and, with Ukraine recently gambling on electing a comedian with no previous political experience as their new leader, the panellists might see a prized seat on the panel as the ideal platform to air their manifesto and make a push for real political power.  Watch this space as they say, “they” being just me, then.

Mock the Week was created by Dan Patterson and Mark Leveson, the creative force behind the iconic improv-based show Whose Line Is It Anyway? which ran for ten years on British TV before successfully transferring to the United States.  Pinki Chambers is the Executive Editor for the BBC.  It is produced for the BBC by independent production company Angst Productions.  Series 18 runs for six weeks in May and June and returns for its second half in October.