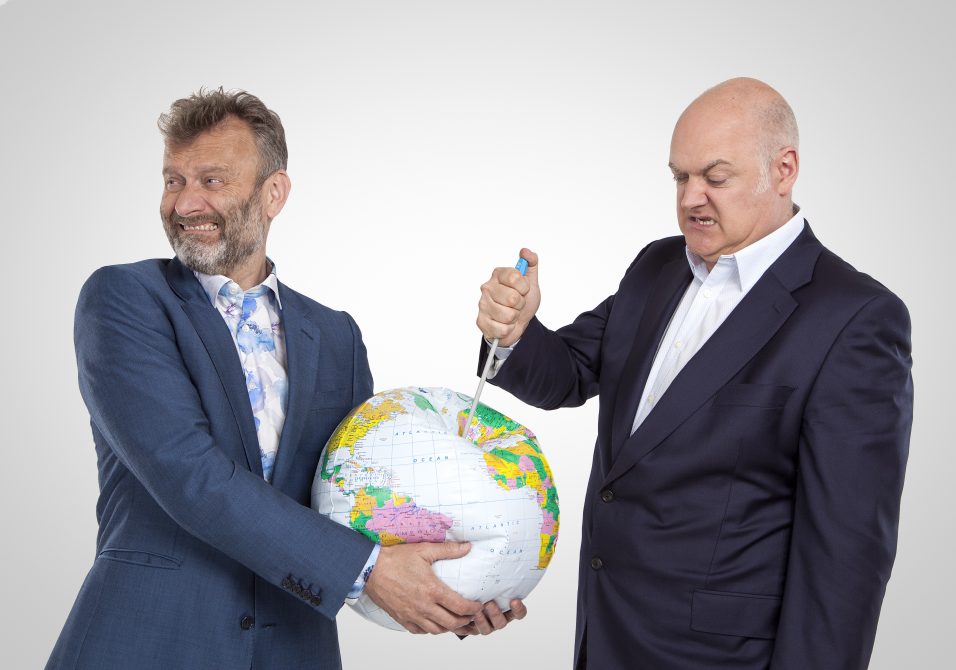 2019 has been filled with dramatic moments – a World Cup win, the prorogation of Parliament, a royal baby and whatever it is President Trump has done this week – but as the year enters injury time, it is just possible that its biggest event is still to come. At 10pm on Fridays from early November an impatient nation will finally be allowed to end division, worry and uncertainty and come together to rejoice in the return of iconic comedy panel show Mock the Week to BBC Two and BBC iPlayer.

Led by satirical superhuman Dara O Briain and his trusty lieutenant in laughter Hugh Dennis, hordes of the country’s leading comedy talents are once again preparing to face up to the shifting orthodoxy and interpret, inform and even insult where necessary. “Who is going to be on it?” I hear you ask – allow me to fill you in.

Alongside the two ever presents, a supporting cast of dozens makes this autumn’s line up one of the strongest ever. The twin Eds – Gamble and Byrne – return alongside dapper Tom Allen, incisive Angela Barnes and the ever-popular Kerry Godliman. Fans of Rhys James, Milton Jones and Felicity Ward certainly won’t be disappointed and there’ll be further caps for recent newcomers Maisie Adam, Olga Koch and Sophie Duker as well as debuts for Eshaan Akbar, Rosie Jones and Mark Simmons among others.

“The Mock the Week team are hugely excited to be returning in what feels like a momentous time in our country’s history” boomed a show outsider earlier this week: “and by that I am referring to the show’s 200th episode which will air in mid-December”. After over a decade of bringing through generations of comic talent and mocking legions of politicians, celebrities and institutions, the show will indeed be marking its bicentennial episode and has already approached the likes of 2019 icons Ben Stokes, Greta Thunberg, John Bercow and Meghan Markle to join in the celebrations. “We have a wish list of guests and events” said a show source.

“But if that doesn’t work out I’m sure we can get Mark Francois, Ian Beale and Molly Mae from Love Island. We’ve already turned down David Cameron and we’re now having serious second thoughts about Justin Trudeau’s offer to come on and ‘do some impressions’.”

Mock the Week was created by Dan Patterson and Mark Leveson, the duo behind the iconic improv-based show Whose Line Is It Anyway? which ran for ten years on British TV before successfully transferring to the United States. Pinki Chambers is the Executive Editor for the BBC. It is produced for the BBC by independent production company Angst Productions. The first half of series 18 ran for six weeks in May and June whilst the autumn run will continue until early December with a break for Children in Need.