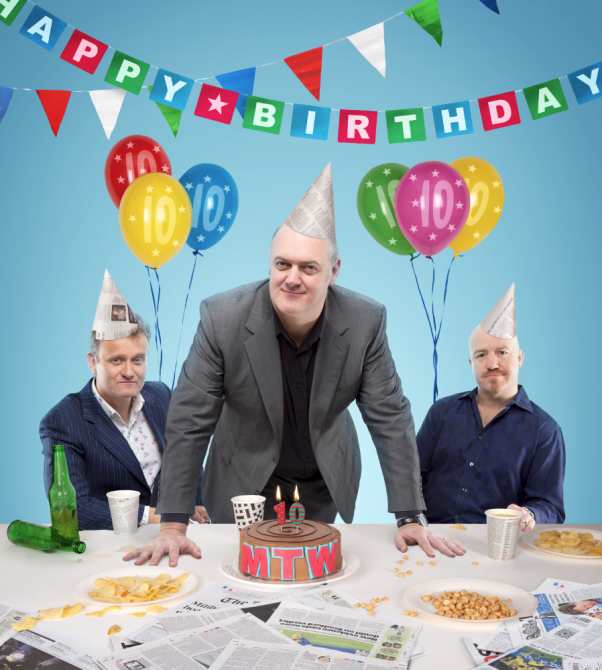 Mocking The Week For A Decade: Mock The Week Returns For Series 14

The summer of 2015 is a foreign country, things will be different there: the UK might have a new Prime Minister, Russell Brand may be in the cabinet and we could all be speaking Scottish… but, whatever June and July do eventually bring, rest assured that from mid June, BBC Two’s summer constant Mock the Week will be back and plundering the news like it was a Hatton Garden vault on a bank holiday.

The hit topical show’s fourteenth series coincides with its ten year anniversary, but aside from the mooted national holiday, anticipated street parties and rumoured fourth plinth statue in Trafalgar Square, there are no special plans to mark the occasion. Instead, it has been decided that the most appropriate way of honouring the programme’s heritage is to stick to its winning formula of topical discussion, stand up and performance fronted by inimitable host Dara O Briain and his ineradicable colleagues such as Hugh Dennis, Andy Parsons, Ed Byrne, Milton Jones, Zoe Lyons and Katherine Ryan. Jousting and bantering with them will be the new generation of comedy performers who so impressed last season including Josh Widdicombe, Rob Beckett, Sara Pascoe, Romesh Ranganathan and James Acaster as well as newcomers like Matt Forde and Ellie Taylor.

In what promises to be a momentous season, with the potential election aftermath, royal baby, American presidential candidates and even an Ashes series to tackle, Mock the Week’s producers are confident that the latest series will be every bit as hilarious as those that have gone before in the previous ten years.

“We’ve been through 136 episodes, 80 performers, 5 England football managers and possibly 4 Prime Ministers in the last ‘Mock-ade’, but despite the changing landscape, I can guarantee the show will continue to be as adaptable as a Grant Shapps Wikipedia entry and as unpredictable as trying the How Old App on Simon Cowell” said a show insider before coming out of the toilet cubicle which meant we had to hide and didn’t hear the rest of his phone call.

Mock the Week was created by Dan Patterson and Mark Leveson, the creative force behind the iconic improv-based show Whose Line Is It Anyway? a new series of which has recently premiered on the CW Network in the US. Pinki Chambers is the Executive Editor for the BBC. It is produced for the BBC by independent production company Angst Productions. Series 14 runs for six weeks in June and July and returns for a further six weekly episodes in September and October.