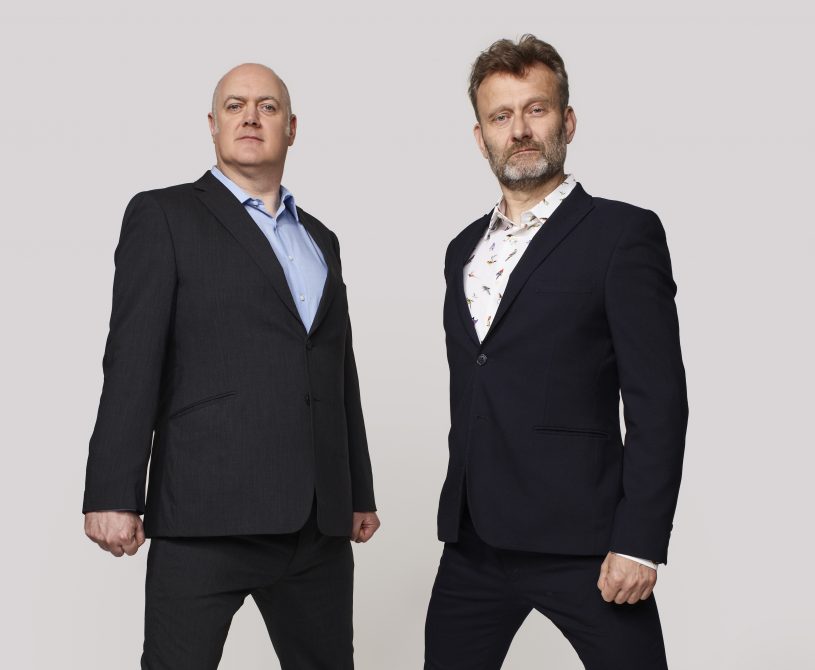 ‘MOCK THE WEEK’ RETURNS FOR SERIES 17

Mock the Week will return for its seventeenth series on BBC 2 on Thursday June 7th. Producers emerged with the news earlier today and were greeted by hordes of cheering, flag-waving devotees many of whom had been camped outside Broadcasting House for several days in anticipation of the glorious announcement.

Following the established protocol, a fanfare of BBC trumpeters heralded the customary proclamation that Dara O’Briain and Hugh Dennis would be continuing their august and unbroken association with the show. At the head of the formal procession, the Master of the Bookings began the centuries old tradition of reading the names of guest panellists from the ceremonial scroll: “James Acaster, Tom Allen, Angela Barnes, Ed Byrne, Ed Gamble, Kerry Godliman, Milton Jones, Nish Kumar, Zoe Lyons, Ellie Taylor..” as he spoke, fans-many of them with faces painted in the traditional Mock the Week colours of green, red, blue and white- chanted joyfully along.

At a time when the country is basking in a heatwave, street parties are expected to break out across the UK with the time honoured conventions of suggesting Scenes We’d Like to See, voicing over news footage and dancing to the theme song bringing communities together. In a summer promising a World Cup, a Royal Wedding and even threatening a Trumpal Visit, attention is already turning to which new faces might get a chance in one of the historic Seven Seats of Satire. Bookmakers have slashed the odds on first appearances by Darren Harriott, Suzi Ruffell, London Hughes and Desiree Burch with word also spreading of “unusual sums” being wagered online that Rachel Parris, Geoff Norcott and Ari Eldjarn could be debuting under the giant globe in 2018.

Seasoned Mock watcher, Lord Wheeler-Newes, is one of millions excited for the future: “Like any of Britain’s great institutions, the Mockal family embraces change without compromising precedent. As any scholar will tell you, this year will see the programme pass the hundred performer mark and I think, as a nation, we owe a huge debt of gratitude for this remarkable conveyor belt of new names that we can start following on Twitter or booking for our corporate bashes.”

Mock the Week was created by Dan Patterson and Mark Leveson, the creative force behind the iconic improv-based show Whose Line Is It Anyway? which ran for ten years on British TV before successfully transferring to the United States. Pinki Chambers is the Executive Editor for the BBC. It is produced for the BBC by independent production company Angst Productions. Series 17 of Mock the Week will run for six weeks in June and July and then returns for its second half in September and October.