Dan Patterson is a highly successful, award-winning writer and producer of cutting edge comedy who has worked on radio, television and the stage. His career began as a producer for BBC Radio where he worked on perennial favourites the News Quiz and Week Ending before creating his own comedy shows Saturday Night Fry with Stephen Fry and Whose Line Is It Anyway? (which he co-created with Mark Leveson). Whose Line was an instant success, winning the Sony Radio Award, and was snapped up for TV by Channel 4. 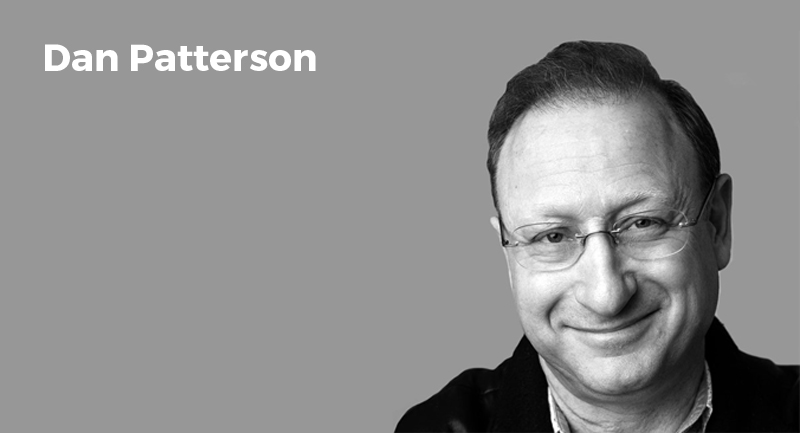 Dan then moved to the recently formed Hat Trick Productions where he went on to produce 10 series of the iconic improvisation show and helped make household names of Clive Anderson, Paul Merton and Josie Lawrence. Whose Line Is It Anyway? won numerous awards including both BAFTA and the Royal Television Society awards.

During that time Dan also created and produced:

Dan also developed and produced Room 101 for BBC Two and was involved in the development of They Think Its All Over for BBC One.

In 1998 Dan took Whose Line Is It Anyway? to America, producing it for ABC Television. Hosted by sitcom star Drew Carey, Whose Line Is It Anyway? proved to be a major hit and ran for five years on primetime Thursday night, giving the network their best audiences for almost a decade. The series, which was co-executive produced by Mark Leveson, starred Ryan Stiles, Colin Mochrie and Wayne Brady, who won an Emmy award for his role on the show. Guests included Whoopi Goldberg, David Hasselhoff and Jerry Springer and the episode that starred Robin Williams attracted an audience of over 15 million people.

When Dan returned from the States in 2004, he established Angst Productions and, with Mark Leveson, created the hit satirical panel show Mock The Week. Mock soon established itself as a key BBC Two show and was instrumental in reviving stand-up comedy on television.  It also continued Dan Patterson’s enviable track record in championing newer comedians. Amongst those who used the show as a springboard are Dara O Briain, Frankie Boyle, Russell Howard, John Oliver, Jack Whitehall, David Mitchell and Michael McIntyre.  Mock The Week has now completed 18 successful series over 14 years.

In 2013 Dan produced the relaunch of Whose Line on the CW network in the US. The show has successfully attracted a new generation of fans and will be back for its sixth series in 2018. Other Angst Productions shows have included 29 Minutes Of Fame for BBC One, the improvisation based Fast and Loose for BBC Two and Trust Us With Your Life for ABC in America. For the theatre, Dan Patterson co-wrote with Colin Swash the political farce The Duck House, which starred Ben Miller and ran for six months in London’s West End.  The play was nominated for an Olivier award in 2014. In June and July 2015 Dan directed Whose Line Is It Anyway?… Live, at the Adelphi Theatre in London’s West End, which was the first official stage version of the much loved television show.  The following year Whose Line Is It Anyway? Live took the London Palladium by storm with 14 exhilarating shows and December 2018 will see a special, 30th anniversary version of the show at The Royal Albert Hall.