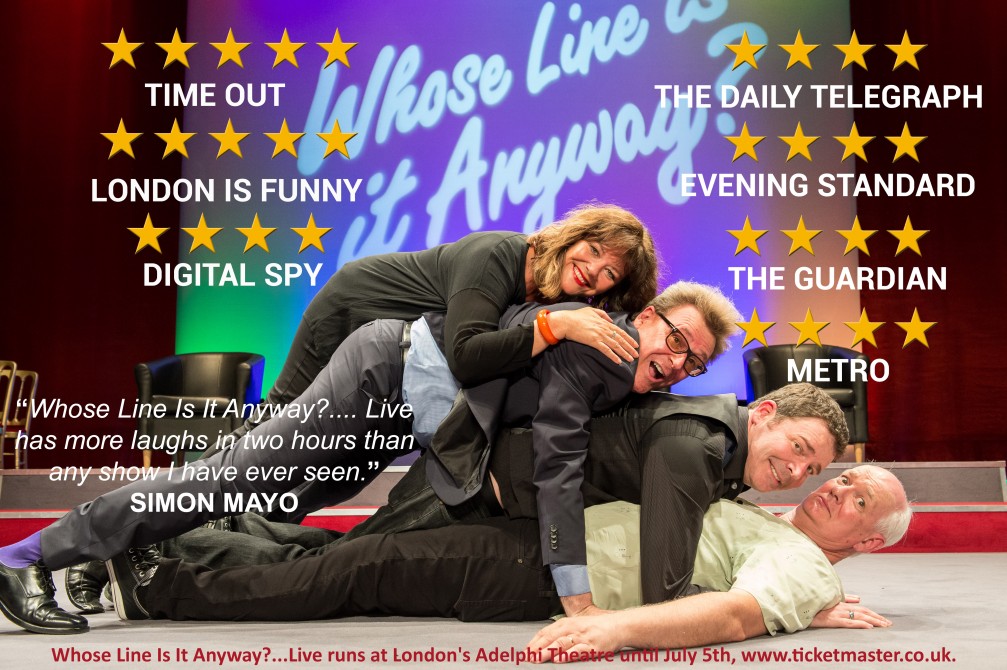 The first ever stage production of Whose Line Is It Anyway? was an overwhelming success, thrilling audiences and critics alike.  The 16 date run at London’s West End Adelphi Theatre garnered four and five star reviews in all major newspapers and internet review sites.

The improvised comedy show was hosted by Clive Anderson and starred Colin Mochrie, Josie Lawrence, Greg Proops and Brad Sherwood with support from Stephen Frost and music by Laura Hall and Linda Taylor.  Whose Line’s very own co-creator and executive producer Dan Patterson stood in for Clive Anderson on three performances.