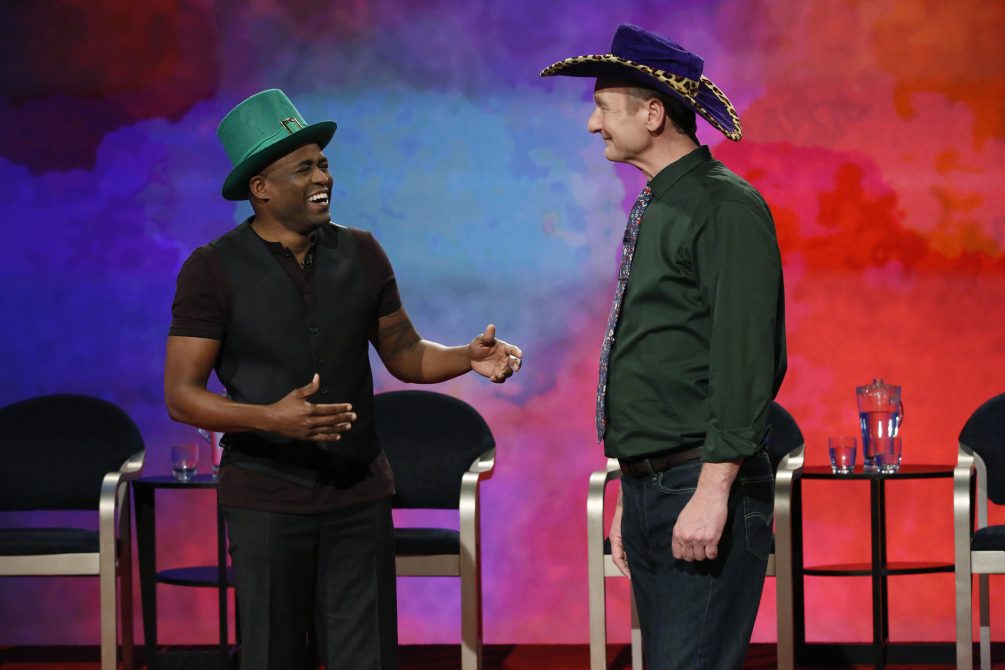 New Series of Whose Line for CW Network

All New Episodes of MASTERS OF ILLUSION Premiere Friday, June 30

March 31, 2017 (Burbank, CA) – The CW Network has set its summer premiere dates for its returning reality series WHOSE LINE IS IT ANYWAY?, PENN AND TELLER: FOOL US and MASTERS OF ILLUSION, as well as the new action-adventure series HOOTEN & THE LADY, which The CW acquired from Sky Vision.

The CW’s hit improv comedy series WHOSE LINE IS IT ANYWAY? returns beginning Monday, May 29, with all new episodes at 9:00-9:30p.m. ET, followed by an encore episode of WHOSE LINE at 9:30-10:00p.m. ET.  WHOSE LINE IS IT ANYWAY? features host Aisha Tyler and cast members Ryan Stiles, Wayne Brady and Colin Mochrie.  Along with a special guest comedian in each episode, the cast members must put their comedic skills to the test through a series of spontaneous improv games.  Prompted only by random ideas supplied by the studio audience and host Aisha Tyler, our four performers must use their wild imaginations to conjure up hilarious characters, scenes and songs out of thin air. So, as everyone knows, on Whose Line, “Everything is made up and the points don’t matter.”  Based on the wildly successful U.K. format, which also spawned a previous incarnation in the US that ran for eight seasons on ABC, WHOSE LINE IS IT ANYWAY? is executive produced by Dan Patterson, Mark Leveson, Jimmy Mulville, Ryan Stiles, Wayne Brady and Colin Mochrie. Created by Dan Patterson and Mark Leveson, WHOSE LINE IS IT ANYWAY? is from Angst Productions and Hat Trick Productions.